“I don’t want to be one of those actors — and there are a lot of them, I won’t mention any names — who are high on their own supply,” Nicolas Cage says.

Thirty-two years ago, Nicolas Cage swaggered onto the set of a British talk show to promote his movie Wild at Heart. After performing a handspring and several kung fu-style moves, he whipped off his T-shirt, thrust it at the startled host, and put his leather jacket back on over his naked chest before proceeding with the interview.

“I’m just going to have a blast!” he declared.

Fans who appreciated that version of Cage — the one who seems eager at any moment to set fire to something — will be excited to hear that he resurrects it in his latest movie, The Unbearable Weight of Massive Talent.” In the film, he plays Nick Cage, a debt-ridden, emotionally tortured version of his contemporary self, but he also plays Nicky Cage, an obnoxious, de-age-ified replica of his old self.

The movie begins as the current-day Cage, washed up and embittered, accepts a $1 million deal to travel to Majorca to appear at the birthday party of a rich superfan named Javi (Pedro Pascal), who might be a drug kingpin. Javi wants Cage to collaborate on a movie and do drugs with him; the Central Intelligence Agency (CIA) wants Cage to infiltrate what it believes is Javi’s narcotics ring, and help rescue the kidnapped daughter of a Spanish politician. Cage mostly wants to drink and lie at the bottom of the pool. The movie is a metacommentary on filmmaking, on the passage of time, and on the actor himself as his past and present selves argue about who he really is.

It was Cage’s idea to base Nicky Cage on the person he was during that long-ago TV appearance. “At the time, I thought it was funny and embarrassing and arrogant,” he said in an interview this month.

We were sitting in an empty suite at the Park Lane hotel in New York. Cage had flown in from New Orleans and was coasting along on a few hours’ sleep. “I certainly wouldn’t do anything like that again,” he said of his antics in 1990.

One of the things he regrets, for instance, was his method-acting decision to consume a live cockroach while filming the 1988 movie Vampire’s Kiss. “I still feel bad for the cockroach,” he said. “I can’t help it. You start trying to figure out what’s going on in their heads.”

The Cage of today is measured, courteous, thoughtful, and discursive. He is particularly so when discussing the cinematic inspirations for his stylised acting approach: silent films and German expressionist movies such as The Cabinet of Dr. Caligari, which he used to watch with his father, August, who died in 2009, and was the brother of Francis Ford Coppola. (In The Unbearable Weight of Massive Talent, Cage’s character refers to his “nouveau shamanic acting ability.”)

He has an endless enthusiasm for discussing cinema — movies he likes; movies he has made; things that happened on movie sets; the time when, as a boy walking in Beverly Hills carrying a bucket of fish from the pet store, he imagined he was John Travolta striding down the street in the opening scene of Saturday Night Fever, which had recently been released.

And then, “lo and behold, there was Travolta driving in his car wearing an Adidas sweatsuit, right by Horace Mann Elementary School,” he said. (Years later, the two would appear together in Face/Off.)

Although he often wears bright and shiny or interestingly textured jackets in exotic fabrics, for the interview, Cage was dressed soberly, in a plain gray suit. He has a deadpan conversational style and an instantly identifiable nasal drawl, but if you close your eyes and listen for a while, you realise that he sometimes sounds like Owen Wilson.

The idea of getting Cage to play himself in a film about himself came from the director, Tom Gormican. Cage repeatedly rejected the premise until Gormican wrote him a letter outlining his vision. “He needed to understand what our intentions were,” Gormican said, “that we were trying to make this a celebration of his career.”

Gormican also pitched the film as a way for Cage to seize control of his own off-the-rails reputation, one fueled by an explosion of YouTube compilations showing the actor going full Cage in various movies. (The compilations have titles such as Nicolas Cage Freak-Out Montage.) “If your identity is litigated in public 24 hours a day with social media, then this is an opportunity to take the narrative and play with it on the canvas of a film, as a piece of performance art,” Gormican said.

Cage-o-philes will find in the film plenty of inside jokes — homages to Face/Off, Leaving Las Vegas, and even to the classic meme-ified “Not the bees!” scene from The Wicker Man. But the characters of the movie also address head-on questions such as whether Cage has diluted his appeal by appearing in too many movies, or whether his characters yell too much, or whether some of his recent work is so self-referential of his earlier work as to approach parody.

“When you’re writing those scenes, they’re funny, and when you give them to Nick, you’re very nervous,” said Gormican, who wrote the script with Kevin Etten. “It’s a tremendously vulnerable thing, to talk about past financial problems or where you are career-wise.”

Cage might project the aura of someone loath to laugh at himself, but that is not the case. In fact, he has a record of high-concept self-awareness, as when he appeared on Saturday Night Live alongside Andy Samberg playing Nicolas Cage. The pair riffs on Cage’s reputation as an “exaggerated, screaming psychopath” whose dream “is to appear in every film ever released,” and in whose action movies “all the dialogue is either whispered or screamed.”

“I don’t want to be one of those actors — and there are a lot of them, I won’t mention any names — who are high on their own supply,” Cage said.

If anything, some of his co-stars in The Unbearable Weight of Massive Talent seemed to be high on his supply. During the cast’s first read-through, Irish actor Sharon Horgan (Catastrophe), who plays Cage’s estranged wife, was struck first by his extreme Nic Cage-ness, and then by his professionalism.

“All these people were in different locations, and Nick came on screen in his little Zoom box, and he had this incredible pink leather jacket and shades on,” she said. “It was such a starry entrance. And everyone was reading and looking down, but he knew the whole thing — he had it all learned — and it was like a full performance. It was one of the greatest things I’ve ever seen.”

Pascal (The Mandalorian) said Cage brought a “gentle thoughtfulness” to the work. “He’s very well prepared, and he’s a great scene partner,” Pascal said. “He’s in it with you. He’s dancing with you. He’s paying attention if you shift your tone. It was the easiest role, in that my character loves Nicolas Cage, and I love Nicolas Cage.”

In the past decade or so, Cage has embarked on a flurry of work, sometimes making a half-dozen films a year, to pay off tens of millions of dollars in debt he amassed by acquiring European real estate and a mausoleum in New Orleans, buying exotic artifacts such as a dinosaur skull, and not paying his taxes. Many of these films only enhance his reputation for explosively emotional acting, such as the horror movie Mom and Dad, in which he plays a homicidal father in a town where all of the parents go crazy and try to kill their kids, and Drive Angry, in which he plays a man who — it is hard to type this while keeping a straight face — escapes from hell to avenge his daughter’s murder.

Others are quieter, including Pig from last year, in which he plays a reclusive chef stricken with grief when his prized truffle-hunting companion is stolen. Critics raved about Cage’s restrained performance. He feels that the movie represents the sort of person he is in his real life — at home in a peaceful desert community on the outskirts of Las Vegas, reading or meditating.

His life has always been filled with animals, including the two-headed snake he gave to a zoo and a pair of king cobras, Moby and Sheba, who, he once said, appeared to be trying to hypnotise him. The Cage menagerie currently includes five dogs, a bird, some fish, and a very large cat, Merlin, whom he has often described as his best friend. “I think Merlin liked it best when it was just the two of us,” he said.

Cage, who has finally settled his debts and paid off the IRS, resists the notion that he has ever taken a role for cynical purposes or worked at a level that was less than 100 percent. That is not a universally held view. Left Behind (2014), for instance, drew a 0 percent Tomatometer rating on Rotten Tomatoes. “Looking distractingly rubbery with a helmet of fake, dark hair, he seems to have been Photoshopped into the film,” RogerEbert.com’s Christy Lemire wrote of Cage’s performance.

Cage acknowledged that not everything worked but said that every film he did always had at least one scene or one element that he could feel proud of. “I want to go on record with something,” he said. “Whatever this perception or aura that the internet or certain critical bodies in the media may have taken, there is an actual fact, in my opinion: Whatever I had to do to get out of debt, I did it with the same level of commitment I always had.” 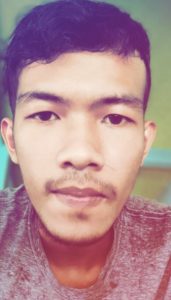